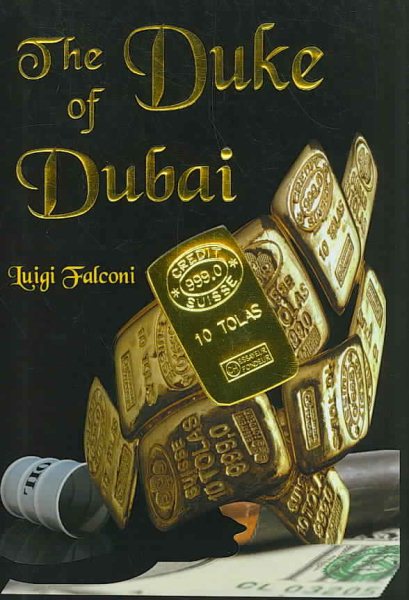 Adventure Novel with Historical Overtones; based on author's personal experiences. Read More
Carved from the sun-baked sands of Arabia, Dubai has evolved from an oil boomtown into one of today's most exciting and opulent metropolises. In this world of wealth and power, mystery and intrigue, Luigi Falconi is transformed from a naïve youth to Lou Falconi, The Falcon. Adopted into the brotherhood of eccentric expatriates, amusing Arabs and assorted adventurers led by The Duke, Lou is swept up in the excitement of Dubai's burgeoning development, discovers its morally conflicting cultural codes and uncovers many of its secrets.He also discovers within himself greed, the desire to accumulate wealth like that of his compatriots, which leads him through the back streets of his conscience to various get rich quick scams and schemes.This book takes the reader on a magic carpet ride deep into the political, cultural and sometimes perilous realm of modern Dubai, one of the wonders of the modern world, where money begets power, and power rules. Read Less

Goodreads reviews for The Duke of Dubai

Remains of Innocence: A Brady Novel of Suspense (Joanna Brad...

By Jance, Judith A.

Exploring the Story: A Reference Companion