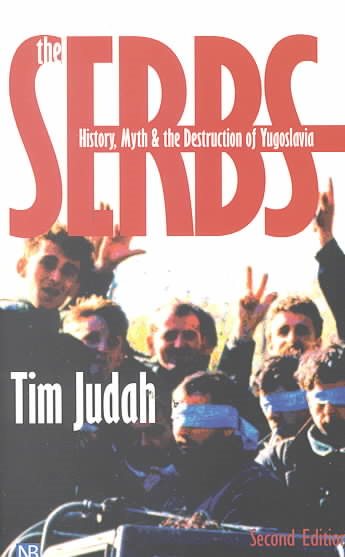 Who are the Serbs? Branded by some as Europe's new Nazis, they are seen by others—and by themselves—... Read More
Who are the Serbs? Branded by some as Europe's new Nazis, they are seen by others—and by themselves—as the innocent victims of nationalist aggression and of an implacably hostile world media. In this challenging new book, Timothy Judah, who covered the war years in former Yugoslavia for the London Times and the Economist, argues that neither is true. Exploring the Serbian nation from the great epics of its past to the battlefields of Bosnia and the backstreets of Kosovo, he sets the fate of the Serbs within the story of their past. This wide-ranging, scholarly, and highly readable account opens with the windswept fortresses of medieval kings and a battle lost more than six centuries ago that still profoundly influences the Serbs. Judah describes the idea of "Serbdom" that sustained them during centuries of Ottoman rule, the days of glory during the First World War, and the genocide against them during the Second. He examines the tenuous ethnic balance fashioned by Tito and its unraveling after his death. And he reveals how Slobodan Milosevic, later to become president, used a version of history to drive his people to nationalist euphoria. Judah details the way Milosevic prepared for war and provides gripping eyewitness accounts of wartime horrors: the burning villages and "ethnic cleansing," the ignominy of the siege of Sarajevo, and the columns of bedraggled Serb refugees, cynically manipulated and then abandoned once the dream of a Greater Serbia was lost.This first in-depth account of life behind Serbian lines is not an apologia but a scrupulous explanation of how the people of a modernizing European state could become among the most reviled of the century. Rejecting the stereotypical image of a bloodthirsty nation, Judah makes the Serbs comprehensible by placing them within the context of their history and their hopes. Read Less

Politics and the international system, (The Lippincott serie...

The Law and the Profits: Parkinson's Second Law By the Autho...