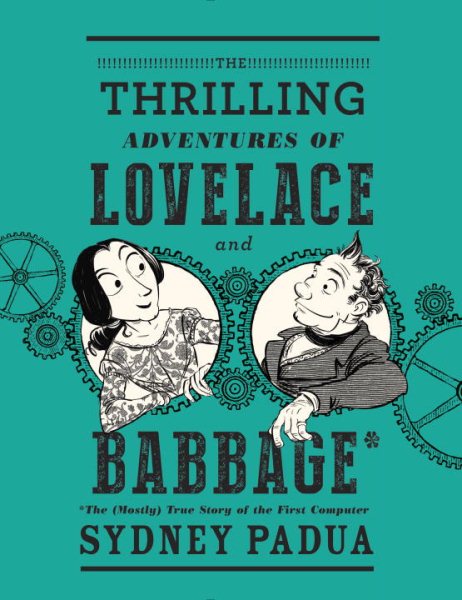 Presents an alternate history in which Charles Babbage and Ada, Countess of Lovelace, build the "Difference Engine" and use it to explore the wilder realms of mathematics and fight crime for the sake of both London and science. Read More
THE THRILLING ADVENTURES OF LOVELACE AND BABBAGE . . . in which Sydney Padua transforms one of the most compelling scientific collaborations into a hilarious series of adventures. Meet Victorian London&apos;s most dynamic duo: Charles Babbage, the unrealized inventor of the computer, and his accomplice, Ada, Countess of Lovelace, the peculiar protoprogrammer and daughter of Lord Byron. When Lovelace translated a description of Babbage&apos;s plans for an enormous mechanical calculating machine in 1842, she added annotations three times longer than the original work. Her footnotes contained the first appearance of the general computing theory, a hundred years before an actual computer was built. Sadly, Lovelace died of cancer a decade after publishing the paper, and Babbage never built any of his machines. But do not despair! The Thrilling Adventures of Lovelace and Babbage presents a rollicking alternate reality in which Lovelace and Babbage do build the Difference Engine and then use it to build runaway economic models, battle the scourge of spelling errors, explore the wilder realms of mathematics, and, of course, fight crime&apos;for the sake of both London and science. Complete with extensive footnotes that rival those penned by Lovelace herself, historical curiosities, and never-before-seen diagrams of Babbage&apos;s mechanical, steam-powered computer, The Thrilling Adventures of Lovelace and Babbage is wonderfully whimsical, utterly unusual, and, above all, entirely irresistible.(With black-and-white illustrations throughout.)  Read Less

Goodreads reviews for The Thrilling Adventures of Lovelace and Babbage: The (Mostly) True Story of the First Computer (Pantheon Graphic Library)

A History of Sexual Customs

The 20/20 Diet: Turn Your Weight Loss Vision Into Reality