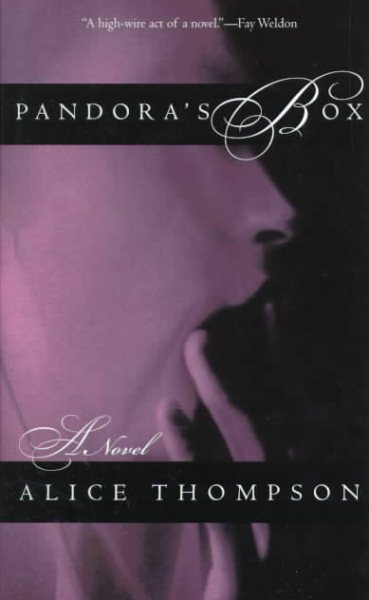 When a strange woman appears on his doorstep near death, Dr. Noah Close nurses her back to life and eventually marries her, but a year later, her sudden disappearance launches the doctor on a quest to find her that leads him into her shadowy, uncertain past Read More
One dark night, Dr. Noah Close, a plastic surgeon, opens the door to find a beautiful woman aflame on his doorstep. She is without name or voice or past. Noah puts out the fire, nurses her to health, and makes her his wife. He calls her Pandora, and for a while, they live together contentedly.A year later Noah wakes in the middle of the night to find Pandora beside him in bed covered with blood. He goes to call for an ambulance, but when he returns, she has vanished. Her inexplicable disappearance catapults Noah out of his clinical, ordered existence into a life on the run and a stop-at-nothing search for answers.Pandora's uncertain past leaves Noah with little to go on. He begins his unorthodox investigation by honing the art of breaking and entering and then enlists the help of Venus - a private investigator with mystical visions and a strange habit of changing sexes. The pursuit takes the pair to the lush depravity of Las Vegas, where they meet Lazarus, a sculptor obsessed with the human form, who curiously mirrors the features and expressions of others on his own face.Seductive and chilling, Pandora's Box is an imaginative take on the myth of Pandora and the concept of beauty. Read Less

Better than Beauty: A Guide to Charm

By Gondor, Emery I.

Memories of the Assassination Attempt and Other Stories

Released from Shame: Recovery for Adult Children of Dysfunct...