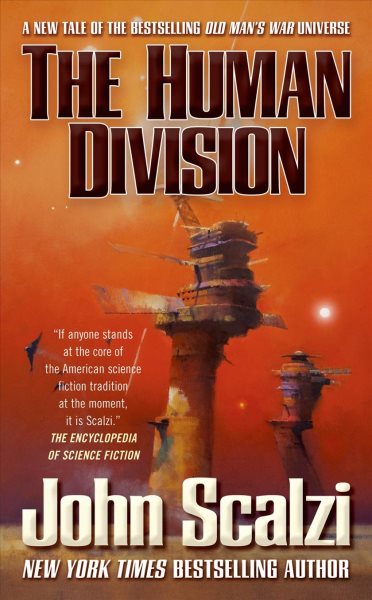 Lieutenant Harry Wilson counters hostile alien forces, angry humans, and unpredictable elements from the universe in order to protect the interests of the Colonial Union. Read More
Following the events of The Last Colony, John Scalzi tells the story of the fight to maintain the unity of the human race.The people of Earth now know that the human Colonial Union has kept them ignorant of the dangerous universe around them. For generations the CU had defended humanity against hostile aliens, deliberately keeping Earth an ignorant backwater and a source of military recruits. Now the CU's secrets are known to all. Other alien races have come on the scene and formed a new alliance—an alliance against the Colonial Union. And they've invited the people of Earth to join them. For a shaken and betrayed Earth, the choice isn't obvious or easy.Against such possibilities, managing the survival of the Colonial Union won't be easy, either. It will take diplomatic finesse, political cunning…and a brilliant "B Team," centered on the resourceful Lieutenant Harry Wilson, that can be deployed to deal with the unpredictable and unexpected things the universe throws at you when you're struggling to preserve the unity of the human race.Being published online from January to April 2013 as a three-month digital serial, The Human Division will appear as a full-length novel of the Old Man's War universe, plus—for the first time in print—the first tale of Lieutenant Harry Wilson, and a coda that wasn't part of the digital serialization.Old Man's War Series #1 Old Man’s War #2 The Ghost Brigades #3 The Last Colony #4 Zoe’s Tale #5 The Human Division #6 The End of All Things Short fiction: “After the Coup” Other Tor Books The Android’s Dream Agent to the Stars Your Hate Mail Will Be Graded Fuzzy Nation Redshirts Lock In The Collapsing Empire (forthcoming) Read Less

The Collapsing Empire (The Interdependency)

Redshirts: A Novel with Three Codas