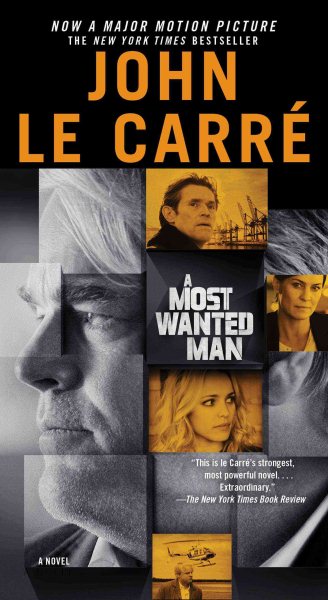 Smuggled into Hamburg, Issa, a young Russian man carrying a large amount of cash, forms an alliance with Annabel, a civil rights lawyer, and Tommy Brue, scion of a failing British bank, as they become victims of rival intelligence operations in the War on Terror. Read More
The acclaimed bestselling novel about spies in "The War on Terror"—now a major motion picture starring Philip Seymour Hoffman in one of his final roles. The film, coming in summer of 2014, also stars Rachel McAdams, Willem Dafoe, and Robin Wright.New spies with new loyalties, old spies with old ones; terror as the new mantra; decent people wanting to do good but caught in the moral maze; all the sound, rational reasons for doing the inhuman thing; the recognition that we cannot safely love or pity and remain good "patriots"--this is the fabric of John le Carré's fiercely compelling and current novel A Most Wanted Man. A half-starved young Russian man in a long black overcoat is smuggled into Hamburg at dead of night. He has an improbable amount of cash secreted in a purse around his neck. He is a devout Muslim. Or is he? He says his name is Issa. Annabel, an idealistic young German civil rights lawyer, determines to save Issa from deportation. Soon her client's survival becomes more important to her than her own career--or safety. In pursuit of Issa's mysterious past, she confronts the incongruous Tommy Brue, the sixty-year-old scion of Brue Frères, a failing British bank based in Hamburg. Annabel, Issa and Brue form an unlikely alliance--and a triangle of impossible loves is born. Meanwhile, scenting a sure kill in the "War on Terror," the rival spies of Germany, England and America converge upon the innocents. Thrilling, compassionate, peopled with characters the reader never wants to let go, A Most Wanted Man is a work of deep humanity and uncommon relevance to our times. Read Less