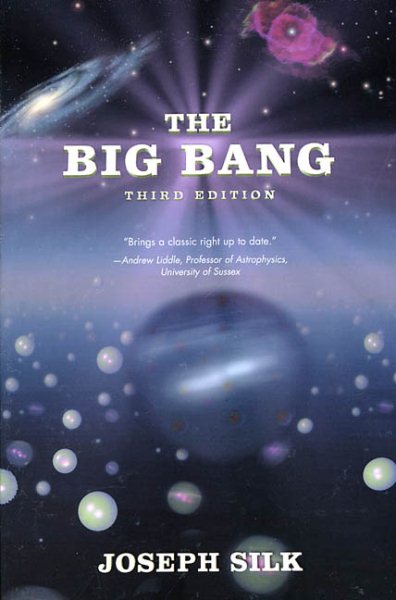 Provides a history of scientific discovery about the birth of the universe. Read More
Our universe was born billions of years ago in a hot, violent explosion of elementary particles and radiationæthe big bang. What do we know about this ultimate moment of creation, and how do we know it?Drawing upon the latest theories and technology, the new edition of The Big Bang, is a sweeping, lucid account of the event that set the universe in motion. Award-winning astronomer and physicist Joseph Silk begins his story with the first microseconds of the big bang, on through the evolution of stars, galaxies, clusters of galaxies, quasars, and into the distant future of our universe. He also explores the fascinating evidence for the big bang model and recounts the history of cosmological speculation. Revised and updated, the new edition features all the most recent astronomical advances, including:• Photos and measurements from the Hubble Space Telescope, Cosmic Background Explorer Satellite (COBE), and Infrared Space Observatory• The latest estimates of the age of the universe• New ideas in string and superstring theory• Recent experiments on neutrino detection• New theories about the presence of dark matter in galaxies• New developments in the theory of the formation and evolution of galaxies• The latest ideas about black holes, worm holes, quantum foam, and multiple universesA marvelous introduction to scientific cosmology, The Big Bang takes readers on a spectacular journey spanning time and space. Read Less