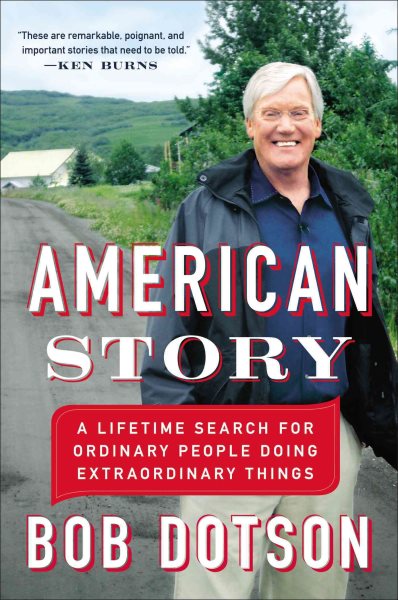 Celebrates the inspirational stories of everyday, unrecognized people who changed the world for the better, from a truck driver who taught microsurgery, to the doctor who developed the vaccine for pertussis. Read More
“These are remarkable and poignant stories that need to be told.” —Ken Burns More than six million people watch Bob Dotson’s Emmy award-winning segment, American Story, on NBC’s Today Show. For the last four decades, Dotson has traveled the country searching out inspiring individuals who quietly perform everyday miracles. In the process, he has become the treasured cartographer of America’s heart and soul.Today’s news is overwhelmingly grim; it’s also told by journalists who travel in herds as they trail politicians and camp out at big stories. In American Story, Dotson shines a light on America’s neglected corners, introducing readers to the ordinary Americans who have learned to fix what really matters. Read Less

--In pursuit of the American dream

Souls In Khaki: Being a Personal Investigation Into Spiritua...