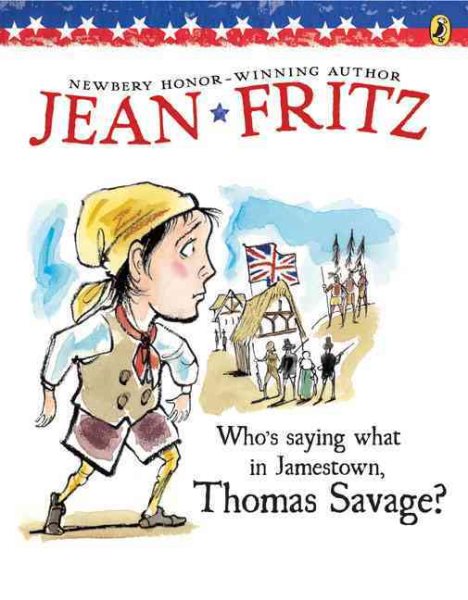 Traces the life of Thomas Savage, a young Jamestown settler who learned the language of the Algonquin Indians and served as an interpreter during many of the early conflicts between the Indians and the colonists. Read More
No one told Thomas Savage that life in the New World would be so hard. The colonists suffer through harsh conditions, little food, and a lot of fighting. Then Thomas is asked to live with the Algonquian Indians to learn their language and become an interpreter. But when things turn sour between the English and the natives, Thomas is stuck in the middle. Can he keep the peace? Read Less

Goodreads reviews for Who's Saying What in Jamestown, Thomas Savage?