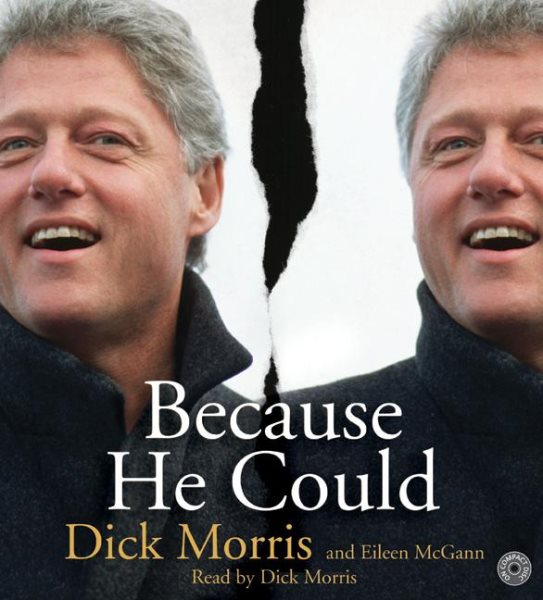 The former Clinton advisor draws on his long relationship with the former president to reveal the true personality of Bill Clinton hidden behind the distortions of his autobiography, "My Life." Read More
A man whose presidency was disgraced by impeachment -- yet who remains one of the most popular presidents of our time. A man whose autobiography, My Life, was panned by critics as a self-indulgent daily diary -- but rode the bestseller lists for months. A man whose policies changed America at the close of the twentieth century -- yet whose weakness left us vulnerable to terror at the dawn of the twenty-first.No one better understands the inner Bill Clinton, that creature of endless and vexing contradiction, than Dick Morris. From the Arkansas governor's races through the planning of the triumphant 1996 reelection, Morris was Clinton's most valued political adviser. Now, in the wake of Clinton's million-selling memoir My Life, Morris and his wife, Eileen McGann, set the record straight with Because He Could, a frank and perceptive deconstruction of the story Clinton tells -- and the many more revealing stories he leaves untold.Sharp and stylishly written, full of revealing insider anecdotes, Because He Could is a fresh and probing portrait of one of the most fascinating, and polarizing, figures of our time.Read by Dick Morris Read Less

Goodreads reviews for Because He Could CD