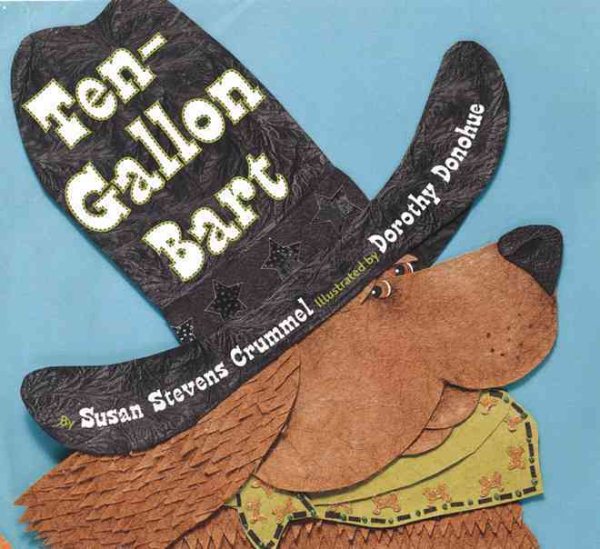 On the day he is supposed to retire as sheriff of Dog City, Ten-Gallon Bart learns that Billy the Kid--the roughest, toughest, gruffest goat in the country--is on his way into town. Read More
Ten-Gallon Bart, the sheriff of Dog City, has plans to retire . . . until he hears that Billy the Kid is headed to town. Billy is the roughest, toughest, gruffest goat in the country. If he reaches Dog City, he’ll gobble up the whole town!Ten-Gallon Bart must stop him. With the help of Miss Kitty and the other animals, he works up the courage to face the big bully. Dorothy Donohue’s illustrations rendered in textured paper bring this Wild West story about unlikely heroes to a satisfying conclusion. Read Less

My Big Dog (A Golden Classic)