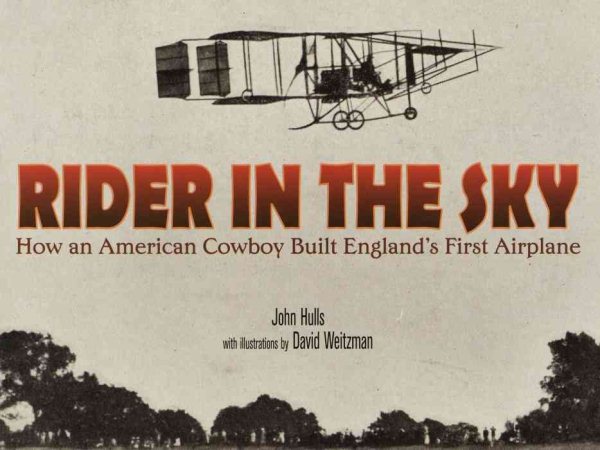 Presents the life of the Texas cowboy who, after a varied career performing in and running his own Wild West show, became interested in aviation and eventually built and flew England's first airplane in 1908. Read More
Samuel Cody grew up on the western frontier, a true American cowboy. With nerves of steel and dauntless courage, he would be one of the first to cross another frontier: the frontier of flight.As a young boy Samuel Cody was fascinated with kites. Living in England years later, Cody created the first kites strong and big enough to carry a man high into the air. Like the Wrights and other early aviators, Cody was determined to build an airplane. He faced not only the technological hurdles of his day, but the apathy of the British military. Against these obstacles, Cody used his ingenuity, his skill, and a great deal of daring to create England’s first airplane in 1908. His is an inspirational story of American willpower and determination. Read Less

Goodreads reviews for Rider in the Sky: How an American Cowboy Built England's First Airplane

Breakfast to the Justices of the Supreme Court of the United...

After the Rain: Cleanliness Customs of Children of Many Land...