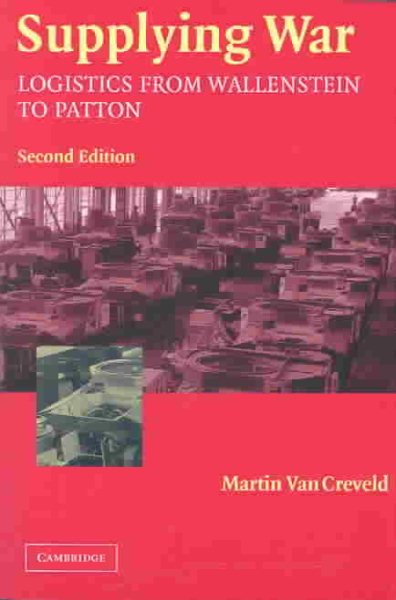 Second edition of this classic work, commenting on the role of logistics in warfare. Read More
Drawing on a very wide range of unpublished and previously unexploited sources, Martin van Creveld examines the "nuts and bolts" of war. He considers the formidable problems of movement and supply, transportation and administration, often mentioned (but rarely explored) by the vast majority of books on military history. By concentrating on logistics rather than on the more traditional tactics and strategy, van Creveld is also able to offer an original reinterpretation of military history. First Edition Hb (1977): 0-521-21730-X FIrst Edition Pb (1979): 0-521-29793-1 Read Less

Goodreads reviews for Supplying War: Logistics From Wallenstein To Patton

The Transformation of War: The Most Radical Reinterpretation...

The Sword And The Olive: A Critical History Of The Israeli D...