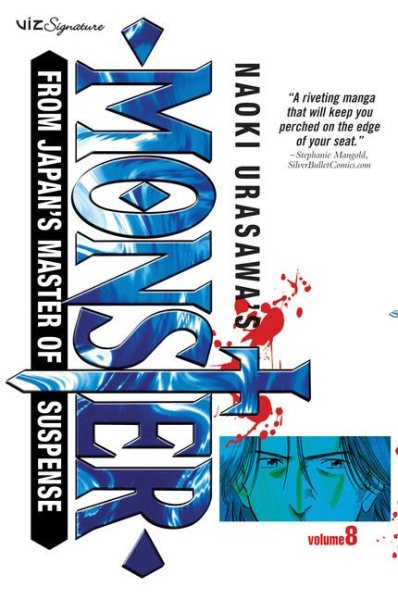 Dr. Kenzo Tenma saves the life of Johan, a young boy who grows up to become a serial killer with secret ties to the government, and Tenma, finding himself implicated as the main suspect in a series of murders, sets out to find and stop Johan. Read More
"Brilliant doctor Kenzo risks his reputation and promising career to save the life of a critically wounded boy instead of a politician's. Nine years later, the child has grown into a serial killer. Can Kenzo stop him? Or will he make another fatal decision? Conspiracies, serial murders, and a scathing depiction of the underbelly of hospital politics are all masterfully woven together in this compelling thriller!" Read Less