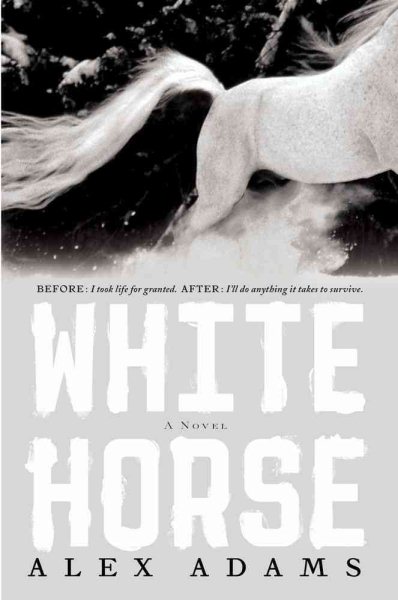 Working at an animal testing laboratory to pay her way through college, Zoe discovers that she is pregnant at the same time the world is shattered by an apocalyptic viral outbreak that wipes out everyone she loves and genetically mutates humanity's survivors. Read More
White Horse is the first book in an absolutely unique debut trilogy—a post-apocalyptic thriller chronicling one woman’s quest to nurture those she holds dear against the backdrop of a shocking, new world.The world has ended, but her journey has just begun. Thirty-year-old Zoe leads an ordinary life until the end of the world arrives. She is cleaning cages and floors at Pope Pharmaceuticals when the president of the United States announces that human beings are no longer a viable species. When Zoe realizes that everyone she loves is disappearing, she starts running. Scared and alone in a shockingly changed world, she embarks on a remarkable journey of survival and redemption. Along the way, Zoe comes to see that humans are defined not by their genetic code, but rather by their actions and choices. White Horse offers hope for a broken world, where love can lead to the most unexpected places. Read Less

A Virginian village, and other papers;: Together with some a...