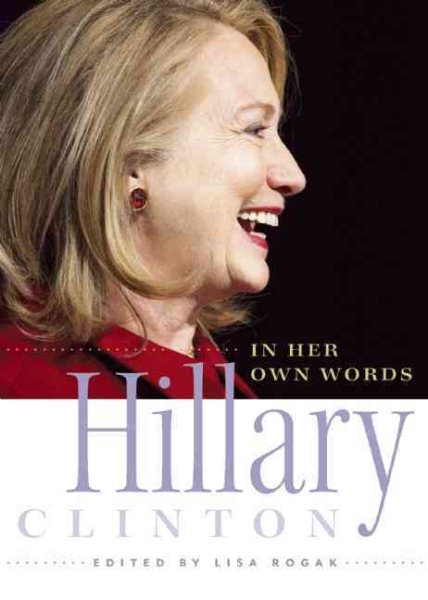 Features over three hundred quotations from the former First Lady, including what she thinks about motherhood, public scrutiny, and religion. Read More
Lisa Rogak, author of the New York Times bestseller Barack Obama in His Own Words, now brings readers Hillary Clinton in Her Own Words?quotations from the former First Lady, Senator from New York, and Secretary of State that go beyond politics. Topics range from leadership to life in the White House, and include her opinions on family, aging, public scrutiny, religion, motherhood, and marriage:?If I want to knock a story off the front page, I just change my hairstyle.” ?June 4, 1995?I have a million ideas. The country can’t afford them all.”?October 11, 2007?We will never build enough prisons to end our crime problem.” ?February 7, 1996?Being gay is not a western invention. It is a human reality.”?December 6, 2011Spanning more than two decades, this provocative collection is a must for all Hillary fans. Read Less

Goodreads reviews for Hillary Clinton in Her Own Words

Howard Dean In His Own Words

Barack Obama in His Own Words