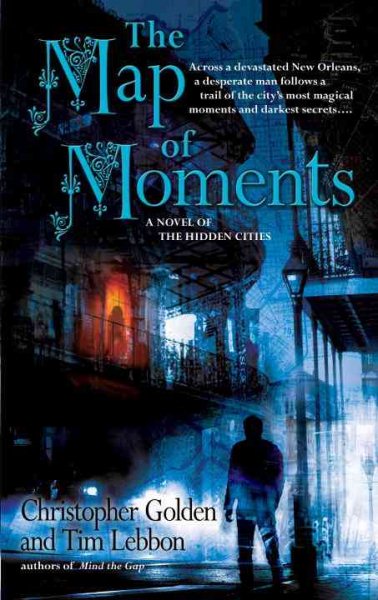 Former Tulane professor Max Corbett returns to a Katrina-ravaged New Orleans to attend the funeral of Gabrielle, the student with whom he had fallen in love and had an affair and, with the help of a tourist map and an old gris-gris man, is offered a portal to the past and a chance to redeem himself, Gabrielle, and a wounded city. Read More
What if you were given a map to a magic that could change the worst moment of your life...for a price?From two all-stars of dark fantasy, Christopher Golden and Tim Lebbon, coauthors of Mind the Gap, comes this terrifying new thriller of magic and dangerous passions, where an ordinary man searches the magical landscape of an extraordinary city for the chance of a lifetime.Barely six months after leaving New Orleans, history professor Max Corbett is returning to a place he hardly recognizes. The girl he’d loved—and lost—is dead, and the once-enchanted city has been devastated by Hurricane Katrina. Max has not thought much beyond Gabrielle’s funeral—until a strange old man offers him a map, and an insane proposition . . .“Forget all the stories about magic you think you know. . . .”It looks like an ordinary tourist map, but the old man claims that it is marked with a trail of magical moments from New Orleans’s history that just might open a door to the past. But it is a journey fraught with peril as Max begins to uncover dark secrets about both his dead love and the city he never really got to know. How is Gabrielle linked to an evil group from the city’s past? And can Max evade them long enough to turn back the clock and give Gabrielle one last chance at life? Read Less

Goodreads reviews for The Map of Moments: A Novel of the Hidden Cities