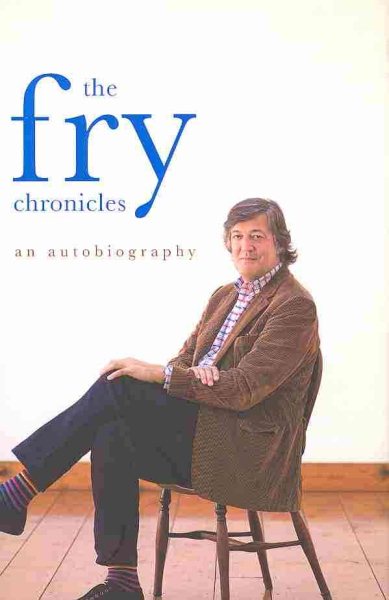 Stephen Fry is not just a multi-award-winning comedian and actor, but also an author, director and presenter. He is one of the most influential cultural forces in the country. This title details some of the most turbulent and least well known years of his life. Read More
Spanning 1979-1987, The Fry Chronicles charts Stephen Fry's arrival at Cambridge up to his thirtieth birthday. 'Heartbreaking, a delight, a lovely, comfy book' The Times 'Perfect prose and excruciating honesty. A grand reminiscence of college and theatre and comedyland in the 1980s, with tone-perfect anecdotes and genuine readerly excitement. What Fry does, essentially, is tell us who he really is. Above all else, a thoughtful book. And namedroppy too, and funny, and marbled with melancholy' Observer 'Arguably the greatest living Englishman' Independent on Sunday 'Extremely enjoyable' Sunday Times 'Fry's linguistic facility remains one of the Wildean wonders of the new media age. The patron saint of British intelligence' Daily Telegraph Welcome to Stephen Fry's The Fry Chronicles, one of the boldest, bravest, most revealing and heartfelt accounts of a man's formative years that you will ever have the exquisite pleasure of reading. Stephen Fry's film, stage, radio and television credits are so numerous and wide-ranging that there is not space here to do them justice. It is enough to say that he has written, produced, directed, acted in or presented productions as varied as Wilde, the TV series Blackadder and Jeeves and Wooster, the sketch show A Bit of Fry & Laurie, the panel game QI, the radio series Fry's English Delight and documentaries on subjects as varied as manic depression, disappearing animals and the United States of America. He's also the bestselling author of four novels - The Stars' Tennis Balls, Making History, The Hippopotamus and The Liar - as well as a volume of autobiography, Moab is My Washpot, and sundry works of non-fiction. Read Less