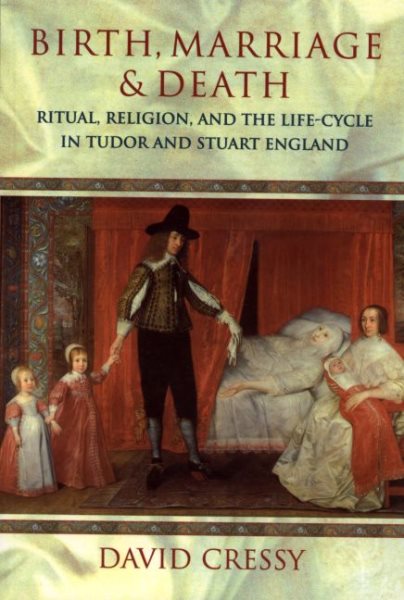 From childbirth and baptism through to courtship, weddings, and funerals, every stage in the lifecyc... Read More
From childbirth and baptism through to courtship, weddings, and funerals, every stage in the lifecycle of Tudor and Stuart England was accompanied by ritual. Even under the Protestantism of the reformed Church, the spiritual and social dramas of birth, marriage, and death were graced withelaborate ceremony. Powerful and controversial protocols were in operation, shaped and altered by the influences of the Reformation, the Revolution, and the Restoration. Each of the major rituals was potentially an arena for argument, ambiguity, and dissent. Ideally, as classic rites of passage, these ceremonies worked to bring people together. But they also set up traps into which people could stumble, and tests which not everybody could pass. In practice,ritual performance revealed frictions and fractures that everyday local discourse attempted to hide or to heal. Using fascinating first-hand evidence, David Cressy shows how the making and remaking of ritual formed part of a continuing debate, sometimes strained and occasionally acrimonious, which exposed the raw nerves of society in the midst of great historical events. In doing so, he vividly brings tolife the common experiences of living and dying in Tudor and Stuart England. Read Less

Goodreads reviews for Birth, Marriage, and Death: Ritual, Religion, and the Life Cycle in Tudor and Stuart England

Coming Over: Migration and Communication Between England and...

What Was the Battle of Gettysburg?