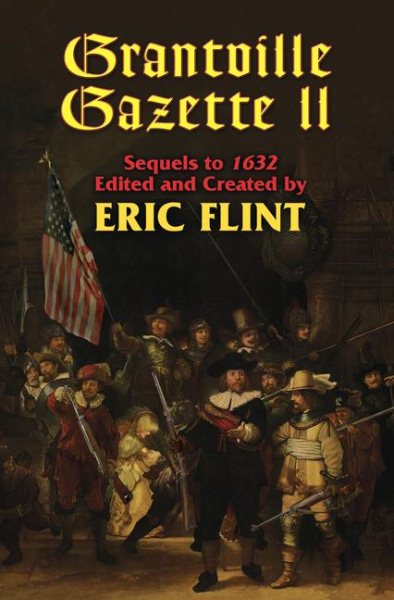 A continuation of the saga that began in 1632 describes life for the inhabitants of Grantville, an American town from West Virginia that finds itself hurtled back in time and into the middle of the Thirty Years War, as they struggle to bring their advanced technology to seventeenth-century Germany, in an anthology featuring works by Mike Spehar and Danita Ewing, among others Read More
The new United States in central Germany launches a one-plane Doolittle Raid on Paris, France. The target: their arch-enemy, Cardinal Richelieu. Meanwhile, an ambassador from the Mughal Empire of northern India is being held captive in Austria by the Habsburg dynasty. Mike Stearns decides to send a mercenary company to rescue him, led by two seventeenth-century mercenary officers: an Englishman and a Irishman, who seem to spend as much time fighting each other as they do the enemy. Mike Spehar's "Collateral Damage" and Chris Weber's "The Company Men" are just two of the stories contained in this second volume of the Grantville Gazette. In other stories:*A prominent Italian musician decides to travel to Grantville to investigate the music of the future. * An American archer and a Finnish cavalryman become friends in the middle of a battlefield. * A Lutheran pastor begins a theological challenge to the establishment based on his interpretation of the Ring of Fire. * American and German detectives become partners to investigate a murder. * And, in a complete novel by new alternate history star Danita Ewing, An Invisible War, the new United States founds a medical school in Jena despite resistance from up-timers and down-timers alike.The second volume of Grantville Gazette also contains factual articles which explain some of the technical background for the 1632 series, including articles on practical geology, telecommunications, and seventeenth-century swordsmanship. Read Less