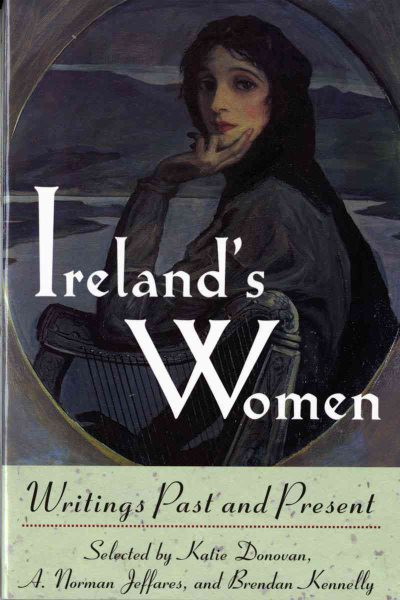 A rich treasury of writing by and about Ireland's women. Read More
This is the first volume of its kind to present a collection of writings by and about Ireland's women. From Queen Maeve of Connaught to President Mary Robinson, this book presents Irish women as their compatriots—men and women both—have described and interpreted them.Modern Irish women are outspoken about the issues that rouse their passion—love and sex, marriage and divorce, abortion and adoption. As Katie Donovan says in her introduction: "Our selection is intended to give the reader a taste of the varied spectrum, from the courtly praise of men to swinish male chauvinism; from women's declarations of outrage against church and state to their celebrations of childbirth and motherhood." This book celebrates the vast range of women's thought and activity, their spirituality, and their passions.The women who appear in this collection are both well known and unknown, real and invented. The editors have drawn freely upon translations of the mythological tales and later Irish poems, upon letters, biographies, and newspapers as well as prose and poetry, plays, recordings and songs, in order to present a complex multilayered and richly rewarding view of Ireland's women. Read Less

Goodreads reviews for Ireland's Women: Writings Past and Present

War and Peace in the Middle East: A Concise History, Revised...