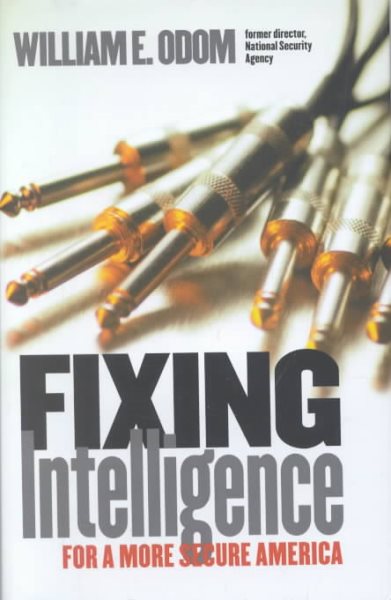 Security depends on intelligence, and in this book a leading authority discusses basic problems in A... Read More
Security depends on intelligence, and in this book a leading authority discusses basic problems in American intelligence and how to fix them. For this edition he provides a new preface in which he assesses the security recommendations of the recently released Congressional committee report on 9/11.Praise for the earlier edition:?Odom's important and thought-provoking book . . . couldn't be more timely."?Eric Lichtblau, New York Times Book Review (front cover)?Indispensable . . . a formidable contribution to the difficult work ahead in realigning the intelligence agencies’ Cold War-vintage structure.”?Lorraine Adams, Washington Post Book World?A vital and extraordinarily timely contribution to our national debate.”?Zbigniew Brzezinski"This is a forcefully and cogently argued book. It is a necessary read for anyone concerned about the future of intelligence."?Lawrence D. Freedman, Foreign Affairs?By publishing the Odom study, the Yale University Press establishes a benchmark, a guide for public debate on this vital issue.”?David E. Murphy, retired National Intelligence Officer and CIA Soviet specialist"General Odom uses the unique insight gained from years of experience in the intelligence business to explain in plain language an issue that is critical to U.S. national security?intelligence community reform.  A valuable resource to expert and novice alike, it serves both as an excellent introduction to the intelligence community, and also as a valuable guide to the current debate over how to proceed with intelligence community reform."?Senator Richard C. Shelby Read Less

Goodreads reviews for Fixing Intelligence: For a More Secure America

Fixing Intelligence: For a More Secure America (Yale Nota Be...