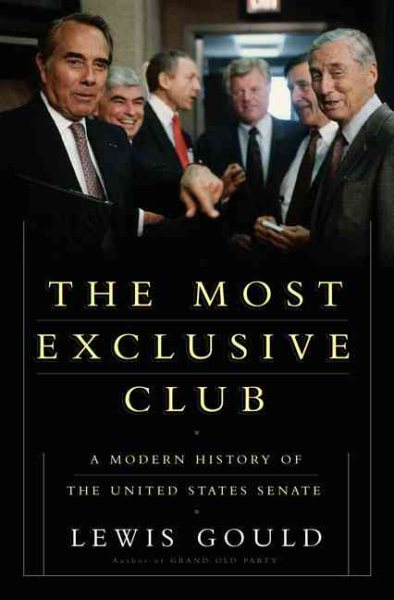 The first complete account of the modern United States Senate, and the people who shaped its role in the twentieth century Read More
The Senate was originally conceived by the Founding Fathers as an anti-democratic counterweight to the more volatile House of Representatives, but in the twentieth century it has often acted as an impediment to needed reforms. A hundred years ago, senators were still chosen by state legislatures, rather than by direct elections. Now, in the wake of the 2004 elections, and the consolidation of Republican control, the Senate is likely to become a crucible of power shifts that will have enormous impact on American politics in the twenty-first century. In The Most Exclusive Club, acclaimed political historian Lewis Gould puts the debates about the Senate's future into the context of its history from the Progressive Era to the war in Iraq. From charges of corruption to the occasional attempt at reform, Gould highlights the major players, issues, and debates (including the League of Nations, the McCarthy hearings, and the Iran-Contra affair) that have shaped the institution. Beyond the usual outsized figures such as Lyndon Johnson, Strom Thurmond, and Barry Goldwater, Gould also tells the story of the lesser-known Senate leaders who have played a vital role in America's upper house. Filled with colorful anecdotes, this is a long-awaited history of one of the most powerful political bodies in the world, written by a master. Gould's sweeping narrative combines deft storytelling with a fresh look at the crucible of contemporary political debate and decision-making. Read Less

Goodreads reviews for The Most Exclusive Club: A History of the Modern United States Senate

American Passages: A History of the United States, Brief Edi...