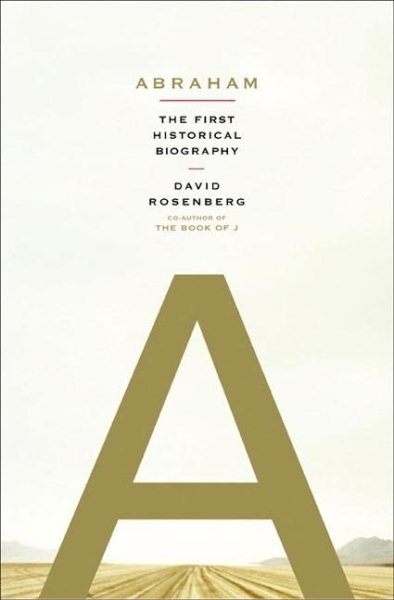 From the co-author of the New York Times bestseller The Book of J, the first modern history of the Biblical Abraham and his world Read More
The world's major religions-Judaism, Christianity, and Islam-find a common root in one man: Abraham. Yet Abraham looms so large in the realm of world religions that he has remained a ward of the Divine rather than a flesh-and-blood citizen of Humanity. In his monumental new book, David Rosenberg provides a long-overdue history of the patriarch; while revealing that the original story embedded in the Bible is actually our oldest historical biography. We also discover that the wandering ascetic of tradition cannot explain our deep-seated feelings for Abraham and his God. The road that Abraham traveled was marked by signs of civilization that we still recognize: libraries, museums, hotels, and houses of worship. He is a sophisticated, educated Sumerian; an artisan who became the first Jew. Moreover, through Rosenberg's audacious translation of the Abraham story from Genesis, we learn that many of the core tenets of the monotheistic tradition-the idea of God's covenant and the soul-are Sumerian in origin. Rosenberg first finds Abraham at his father's workshop in the cosmopolitan city of ancient Ur and follows his journey through what is today the Middle East. What kind of baggage-emotional, material, and spiritual-would Abraham have taken with him on his migration to a new land? Abraham does more than present a founding spiritual figure and his dynamic relationships with father, wife, and son. We witness this man as he transforms his heritage into an anxious embrace of religion with secular culture-the human condition in which we are still enfolded today. Read Less

A Literary Bible: An Original Translation

The Book of David: A New Story of the Spiritual Warrior and...