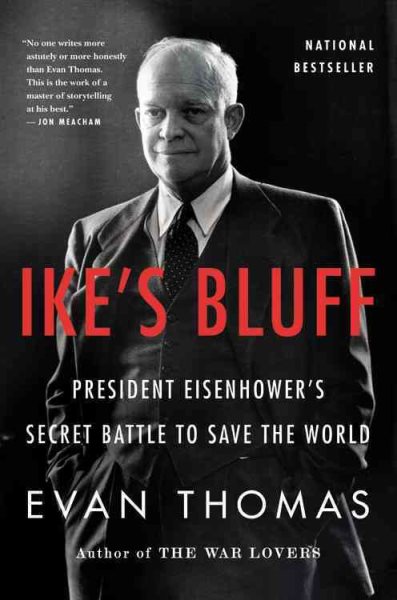 Examines the White House years of Dwight Eisenhower and reveals the former president, often viewed as a doddering lightweight, as a brilliant, intellectual tactician who could be patient and ruthless, and generous and self-serving. Read More
Evan Thomas's startling account of how the underrated Dwight Eisenhower saved the world from nuclear holocaust. Upon assuming the presidency in 1953, Dwight Eisenhower set about to make good on his campaign promise to end the Korean War. Yet while Eisenhower was quickly viewed by many as a doddering lightweight, behind the bland smile and simple speech was a master tactician. To end the hostilities, Eisenhower would take a colossal risk by bluffing that he might use nuclear weapons against the Communist Chinese, while at the same time restraining his generals and advisors who favored the strikes. Ike's gamble was of such magnitude that there could be but two outcomes: thousands of lives saved, or millions of lives lost. A tense, vivid and revisionist account of a president who was then, and still is today, underestimated, IKE'S BLUFF is history at its most provocative and thrilling. Read Less

Goodreads reviews for Ike's Bluff: President Eisenhower's Secret Battle to Save the World