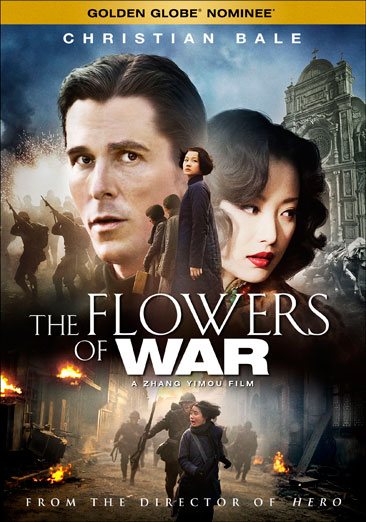 In 1937 China, a mortician arrives at a Catholic church in Nanjing to prepare a priest for burial and finds himself the unwilling protector of a group of convent students and prostitutes from the invading Japanese army. Read More
"From internationally celebrated director Zhang Yimou (JU DOU, RAISE THE RED LANTERN, HERO, HOUSE OF FLYING DAGGERS) comes a story of love and war. The dangerous streets of Nanjing throw together a group of opposites – a flock of shell-shocked schoolchildren, a dozen seductive courtesans, and a renegade American (Academy Award® winner Christian Bale, THE FIGHTER, THE DARK KNIGHT) posing as a priest to save his own skin, or so he thinks – all seeking safety behind a walled cathedral. Trapped by marauding soldiers, over the next few days the prejudices and divides between them will fall away as they unite around a last-ditch plan to protect the children from impending catastrophe. Nominated for a Golden Globe® (Best Foreign Language Film). Based on the Novel by Yan Geling." Read Less