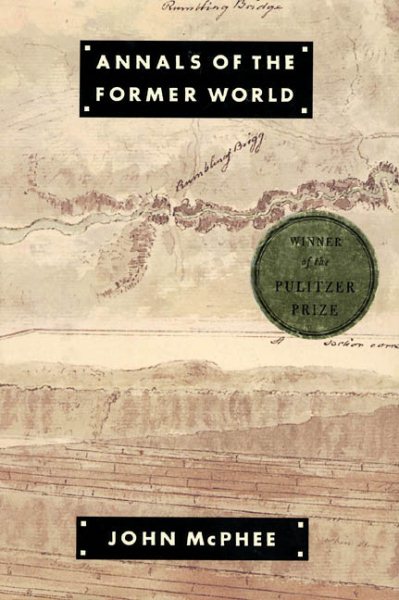 A multilayered tale arranged in an organic succession of set pieces, flashbacks, biographical sketches, and human and lithic histories, explores North American geology, plate tectonics, and geologic time Read More
The Pulitzer Prize-winning view of the continent, across the fortieth parallel and down through 4.6 billion yearsTwenty years ago, when John McPhee began his journeys back and forth across the United States, he planned to describe a cross section of North America at about the fortieth parallel and, in the process, come to an understanding not only of the science but of the style of the geologists he traveled with. The structure of the book never changed, but its breadth caused him to complete it in stages, under the overall title Annals of the Former World.Like the terrain it covers, Annals of the Former World tells a multilayered tale, and the reader may choose one of many paths through it. As clearly and succinctly written as it is profoundly informed, this is our finest popular survey of geology and a masterpiece of modern nonfiction.Annals of the Former World is the winner of the 1999 Pulitzer Prize for Nonfiction. Read Less

Goodreads reviews for Annals of the Former World

A Roomful of Hovings and Other Profiles

the curve of binding energy