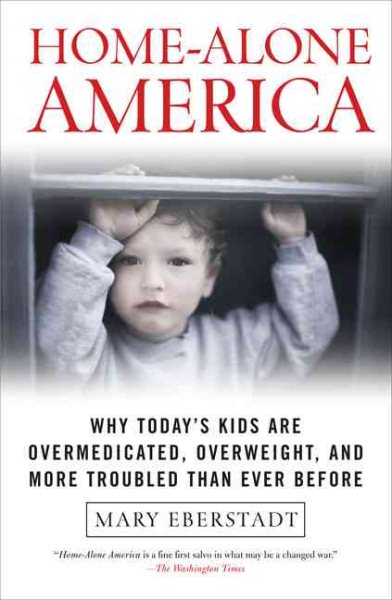 Argues that modern divorce rates, career-oriented families, and unhealthy parenting practices are contributing to such childhood problems as obesity, risky sexual behaviors, and mental illness, drawing on a range of medical and social science literature, as well as popular culture, to identify a need for more active parent participation in child care. Reprint. 35,000 first printing. Read More
The author reopens the politically incorrect question of just how much children need their parents, especially their mothers. She contends that absent parents--and children who feel like just another chore to be outsourced--are the common denominator of recent epidemics among young people, including obesity, STDs, behavioral problems such as attention deficit disorder, and the use of psychiatric medication in even very young children; and asks whether this trend has already reached a tipping point in American society. Read Less

Goodreads reviews for Home-Alone America: Why Today's Kids Are Overmedicated, Overweight, and More Troubled Than Ever Before

The Loser Letters: A Comic Tale of Life, Death, and Atheism