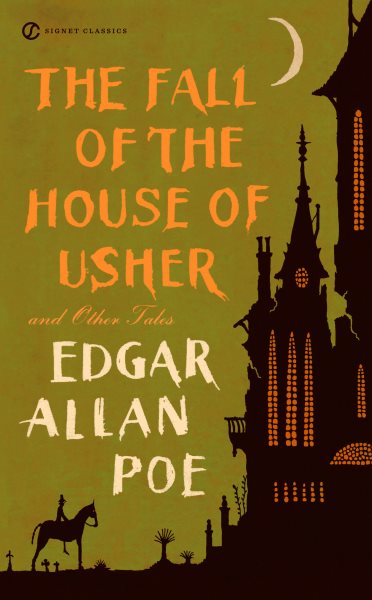 A collection of fourteen of the author's best-known tales of mystery and the macabre includes "The Pit and the Pendulum," "The Tell-Tale Heart," and "The Fall of the House of Usher," in which a visitor to a gloomy mansion finds a childhood friend dying under the spell of a family curse. Read More
Classic tales of mystery, terror, imagination, and suspense from the celebrated master of the macabre.This volume gathers together fourteen of Edgar Allan Poe's richest and most influential tales, including: “The Pit and the Pendulum,” his reimagining of Inquisition tortures; “The Tell-Tale Heart,” an exploration of a murderer’s madness, which Stephen King called “the best tale of inside evil ever written”; “The Fall of the House of Usher,” Poe’s tour de force about a family doomed by a grim bloodline curse; and his pioneering detective stories, “The Purloined Letter” and “The Murders in the Rue Morgue,” featuring a rational investigator with a poetic soul. Also included is Poe’s only full-length novel, Narrative of A. Gordon Pym.   With an Introduction by Stephen Marlowe and an Afterword by Regina Marler Read Less

Edgar Allan Poe Letters Till Now Unpublished, in the Valenti...