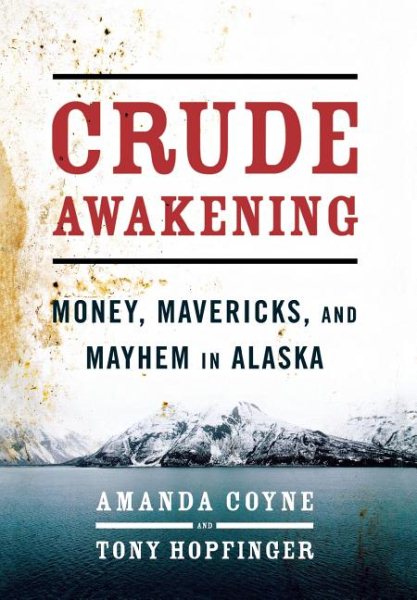 Presents a history of the Alaskan oil industry, revealing political corruption, the FBI's investigation, and how these events will influence American politics. Read More
Crude Awakening is the rollicking story of politics in America’s last frontier and oil province—Alaska, the nation’s most wild and mysterious state, where politics and oil blurred on the day wildcatters struck it big in 1968. Living in a northern Never Land, where oil companies and the federal government kept the state living high and wild, a handful of players ran the show. Among them were the late Sen. Ted Stevens and oilman Bill Allen, the Tony Soprano of Alaska who controlled the political machine until the FBI arrived to root out corruption, only to be accused of playing as dirty as those they were investigating. These characters and events paved the way for Sarah Palin’s rise to fame and fall from glory in Alaska. Authors Amanda Coyne and Tony Hopfinger chart the epic tale of these three characters, set in a state of soaring hopes, fading dreams, drying oil fields and an uncertain future. Read Less

The Fall of the House of Usher and Other Tales (Signet Class...

The Grace Awakening: Believing in grace is one thing. Living...