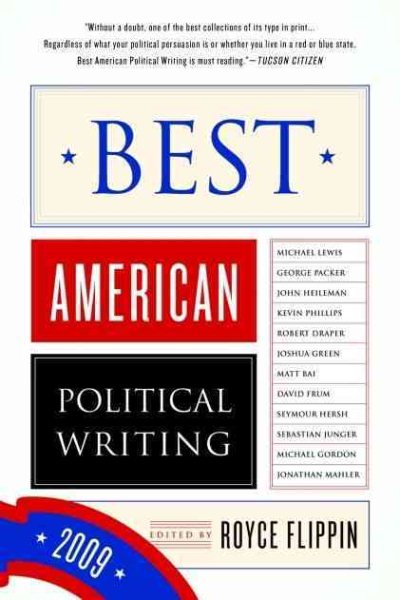 Compiles the year's best political stories, including coverage of the new Obama presidency, as well as the depressed economy and America's participation in the wars in Iraq and Afghanistan. Read More
A must-have anthology for political junkies, Best American Political Writing compiles the year’s best political stories from a variety of publications and points of view, in a single, comprehensive volume. Culling from the most memorable reporting of what promises to be a thrilling political year, the 2009 American Political Writing edition will include incisive coverage of the new Obama presidency and its impact nationwide, as well as the most pressing political concerns facing America today?from the depressed economy to our participation in wars in Iraq and Afghanistan. Read Less