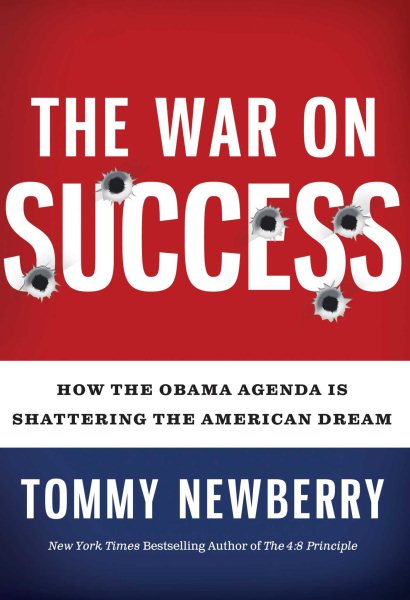 Bestselling author and business coach Newberry charges that President Obama and his administration have declared war on the American Dream. The author offers readers a concrete action plan and specific steps to take control of their own destiny--and America's. Read More
Higher Taxes&#133;Nationalized Industries&#133;Suffocating Regulation&#133;President Obama Has Declared War Against YouIn The War on Success, New York Times bestselling author Tommy Newberry argues that the Obama administration is not only attacking entrepreneurs and small business owners, it’s launched a fundamental assault on the very concept of success. By denigrating all the qualities that make success possible&#151;self-reliance, ambition, hard work, the pursuit of excellence&#151;the administration is setting the stage for Big Government to step in and &#147;guarantee” everyone’s success through socialist-style redistribution. Brash, direct, and unafraid, The War on Success tells you what’s at stake: nothing less than the survival of the American Dream. Read Less

Goodreads reviews for The War On Success: How the Obama Agenda Is Shattering the American Dream

I Call Shotgun: Lessons from Dad for Navigating the Roads of...