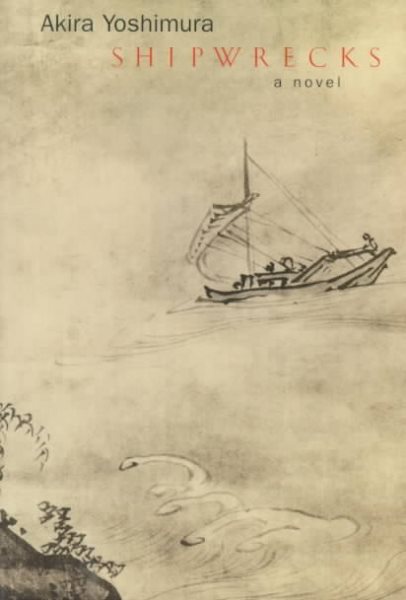 Living in a remote, desperately poor fishing village in medieval Japan, nine-year-old Isaku becomes the head of the family in his father's absence and, with the villagers, makes a living from luring merchant ships onto the rocky shoals, slaughtering their crews, and looting the cargo. Read More
Isaku is a nine-year-old boy living in a remote, desperately poor fishing village on the Japan Sea coast. To save the family from starvation, his father has sold himself into indentured servitude, leaving Isaku and his strong-willed mother to care for three younger children. Forced to grow up well before his time, Isaku is faced with a number of mysteries, not least among them his own nascent sexuality and the legend of O-fune-sama - the merchant ships that wreck offshore from time to time, providing the village with unexpected bounty: rice, wine, and rich, unheard-of delicacies.The villagers catch barely enough fish to subsist on, and distill salt from seawater to sell to other villages. But this industry serves another, more sinister purpose: they hope the fires of the salt cauldrons will lure passing ships toward the shore and onto rocky shoals. When a ship runs aground, they slaughter the crew and loot the cargo. As the end of his father's bondage approaches - the day Isaku has been waiting for - a ship founders on the rocks, and the villagers rejoice. But its cargo is not at all the manna of their hopes. Read Less