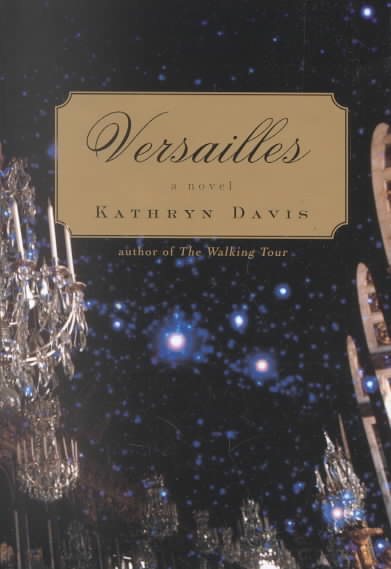 A fictionalized account of the life of Marie Antoinette follows her through such challenges as her early marriage to the future King Louis XVI, struggles with the expectations of her station, and palace betrayals and politics. Read More
Versailles is the story of an expansive spirit locked in a pretty body and an impossible moment in history. As the novel begins, fourteen-year-old Marie Antoinette is traveling from Austria to France to meet her fiance, the mild, abstracted Louis. He will become the sixteenth Louis to reign in France, and Antoinette will be his queen, although neither shows a strong inclination toward power, politics, or the roles that they have been summoned to play. Antoinette is hemmed in by towering hairdos, the xenophobic suspicion of her subjects, the misogyny of her detractors, the larger-than-life figures of Mirabeau, Du Barry, and Robespierre, and the manifold twists and turns of the palace she calls home.The novel moves from room to room, from garden to fountain, occasionally breaking into playlets in which we glimpse characters struggling to mind their step in the great ballroom of the world. Driving our tour is the relentless engine of time, that friend to youth, for whom anything is possible. Antoinette gives birth to four children, two of whom will outlive her; she falls in love; she dies at the guillotine. A meditation on time and the soul's true journey within it, Versailles is at once wittily entertaining and astonishingly wise. Read Less

Goodreads reviews for Versailles: A Novel

The Thin Place: A Novel