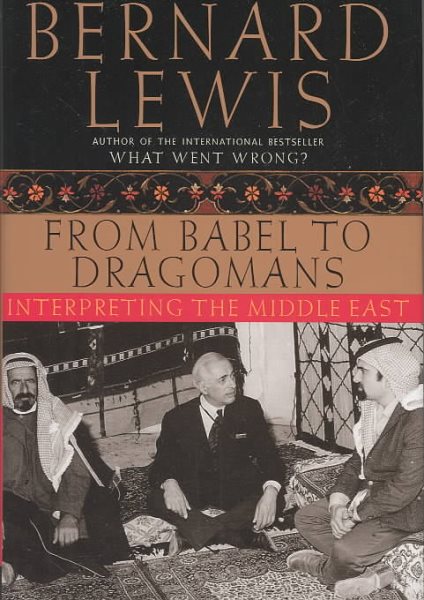 The author brings together four decades of his essays, articles, and other writings on the Middle East. Read More
Bernard Lewis is recognized around the globe as one of the leading authorities on Islam. Hailed as "the world's foremost Islamic scholar" (Wall Street Journal), as "a towering figure among experts on the culture and religion of the Muslim world" (Baltimore Sun), and as "the doyen of Middle Eastern studies" (New York Times), Lewis is nothing less than a national treasure, a trusted voice that politicians, journalists, historians, and the general public have all turned to for insight into the Middle East. Now, this revered authority has brought together writings and lectures that he has written over four decades, featuring his reflections on Middle Eastern history and foreign affairs, the Iranian Revolution, the state of Israel, the writing of history, and much more. The essays cover such urgent and compelling topics as "What Saddam Wrought," "Deconstructing Osama and His Evil Appeal," "The Middle East, Westernized Despite Itself," "The Enemies of God," and "Can Islam be Secularized?" The collection ranges from two English originals of articles published before only in foreign languages, to previously unpublished writings, to his highly regarded essays from publications such asForeign Affairs and The New York Review of Books. With more than fifty pieces in all, plus a new introduction to the book by Lewis, this is a valuable collection for everyone interested in the Middle East.Here then is a rich repository of wisdom on one of the key areas of the modern world--a wealth of profound reflections on Middle Eastern history, culture, politics, and current events. Read Less

Goodreads reviews for From Babel to Dragomans: Interpreting the Middle East

The Arabs in History

The Assassins: A Radical Sect in Islam

The End of Modern History in the Middle East (Hoover Institu...