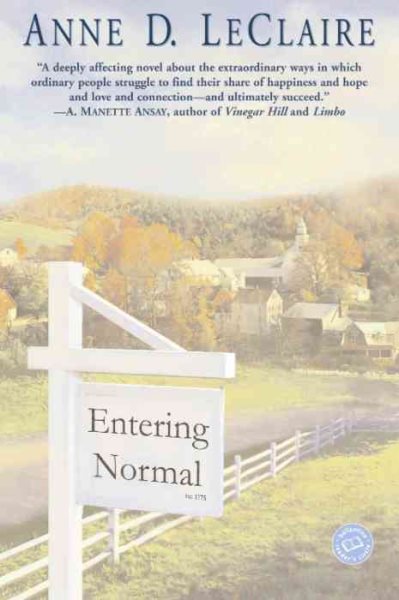 Two women confronting devastating losses--middle-aged Rose mourns the death of her teenage son and twenty-year-old Opal battles for custody of her five-year-old boy--find solace together and become unlikely friends. Read More
In the tradition of The Good Mother and The Deep End of the Ocean, Anne D. LeClaire delivers a heartbreaking–and breathtaking–novel of two very different but equally loving mothers who face the most painful of losses and then find the courage not only to go on but to find meaning and hope in their lives.Rose Nelson is a middle-aged woman with a broken past, a sorrow from which she cannot recover. Secretly guilty about her role in her teenaged son’s death five years ago, she has sealed herself off from life, enveloped by a grief that has slowly eaten away at her relationship with her husband.Against her will, Rose is drawn into the world she has avoided when Opal Gates and her five-year-old son, Zack, move in next door. Determined to start an independent life for herself, twenty-year-old Opal has left her family and the father of her son in North Carolina. But when she quickly begins an affair with Tyrone Miller, a part-time mechanic and local musician, Opal unwittingly breaks the tacit rules of both her family and her new hometown.Initially, Rose cannot bear the sight of Opal and her son. But later when Zack is injured, she instinctively lies to protect Opal from a single mistake that changes the lives of everyone involved.Faced with a custody suit brought by Zack’s father and her own parents, Opal faces a trial in which each choice she has made will be used as ammunition in the battle to take Zack away from her. Confronting such devastating loss and the questions it poses are at the heart of Entering Normal. How does one go on after great tragedy? What is a family? What sacrifices must a mother be willing to make for her child? And how can a good mother sometimes make bad choices? Entering Normal is a story of family, a novel about courage, loss, risk, and betrayal. It is a story that goes to the heart of love.From the Hardcover edition. Read Less

The Lavender Hour: A Novel

The Law of Bound Hearts: A Novel