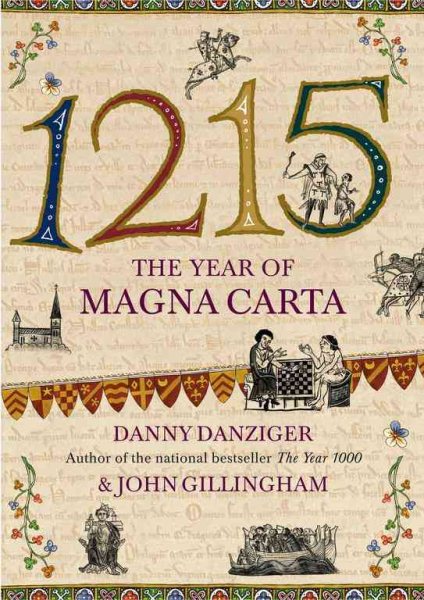 A portrait of everyday life in thirteenth-century Britain chronicles the people and events leading up to the signing of the Magna Carta at Runnymede in June 1215. Read More
Surveying a broad landscape through a narrow lens, 1215 sweeps readers back eight centuries in an absorbing portrait of life during a time of global upheaval, the ripples of which can still be felt today.At the center of this fascinating period is the document that has become the root of modern freedom: the Magna Carta. Never before had royal authority been challenged so fundamentally. The Great Charter would become the foundation of the U.S. government and legal system, and nearly eight hundred years later, two of Magna Carta's sixty-three clauses are still a ringing expression of freedom for mankind. But it was also a time of political revolution and domestic change that saw the Crusades, Richard the Lionheart, King John, and -- in legend -- Robin Hood all make their marks on history.The events leading up to King John's setting his seal to the famous document at Runnymede in June 1215 form this rich and riveting narrative that vividly describes everyday life from castle to countryside, from school to church, and from hunting in the forest to trial by ordeal. For instance, women wore no underwear (though men did), the average temperatures were actually higher than they are now, the austere kitchen at Westminster Abbey allowed each monk two pounds of meat and a gallon of ale per day, and it was possible to travel from Windsor to the Hampshire coast without once leaving the forest.Broad in scope and rich in detail, 1215 ingeniously illuminates what may have been the most important year of our history. Read Less

Goodreads reviews for 1215: The Year of Magna Carta