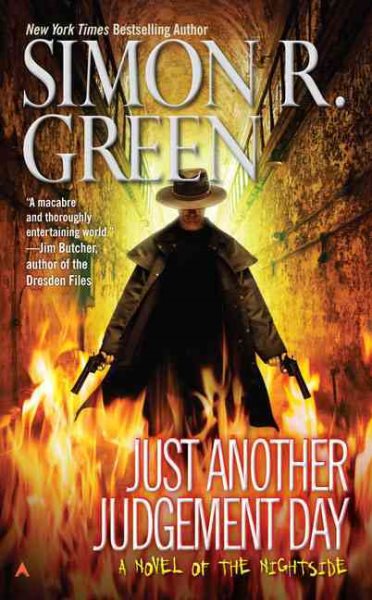 When a new sheriff, The Walking Man, starts preying on Nightside's evildoers and indulgent party-goers alike, it falls to P.I. John Taylor to stop The Walking Man before he turns all of the Nightside into a wasteland. Read More
I’m John Taylor. I work as a PI out of the Nightside, that secret centre of London where clocks always read three A.M., where terrible things happen with predictable regularity, and where the always-dark streets are full of people partying like Judgement Day will never come.            Now it may have arrived. God’s own enforcer, the righteous engine of destruction known as the Walking Man, has come to the Nightside. He’s a being whose sole purpose is the elimination of the wicked and the guilty—and given the nature of the Nightside, there’s a good chance that once he gets started, he’ll just keep on until there’s no-one left.             So the Authorities have hired me to stop him. Legend has it that he can’t be killed. I’m very much hoping that the legend isn’t true… Read Less

Goodreads reviews for Just Another Judgement Day (A Nightside Book)

Something from the Nightside (Nightside, Book 1)