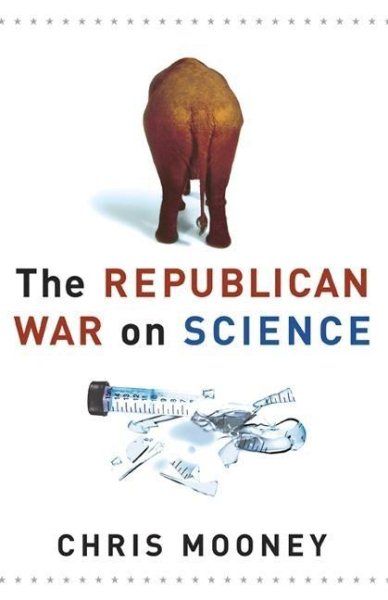 In the tradition of What Liberal Media? and What's the Matter with Kansas?, a stinging indictment of how one party has placed politics over science and embraced politically motivated pseudoscience Read More
Science has never been more crucial to deciding the political issues facing the country. Yet science and scientists have less influence with the federal government than at any time since the Eisenhower administration. In the White House and Congress today, findings are reported in a politicized manner; spun or distorted to fit the speaker's agenda; or, when they're too inconvenient, ignored entirely. On a broad array of issues-stem cell research, climate change, missile defense, abstinence education, product safety, environmental regulation, and many others-the Bush administration's positions fly in the face of overwhelming scientific consensus. Federal science agencies, once fiercely independent under both Republican and Democratic presidents, are increasingly staffed by political appointees and fringe theorists who know industry lobbyists and evangelical activists far better than they know the science. This is not unique to the Bush administration, but it is largely a Republican phenomenon, born of a conservative dislike of environmental, health, and safety regulation, and at the extremes, of evolution and legalized abortion. In The Republican War on Science, Chris Mooney ties together the disparate strands of the attack on science into a compelling and frightening account of our government's increasing unwillingness to distinguish between legitimate research and ideologically driven pseudoscience. Read Less

Goodreads reviews for The Republican War on Science

The Missing: A Thriller

The Republican War on Science