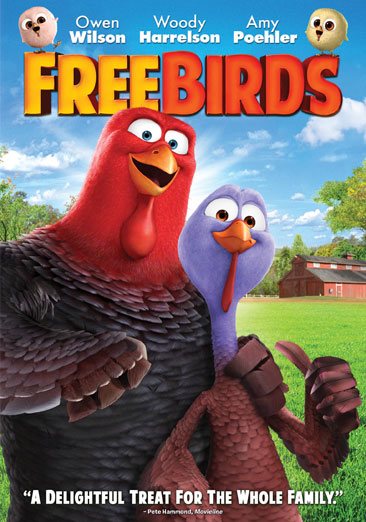 Two rival turkeys team up and travel back in time to prevent turkeys from becoming a Thanksgiving dinner tradition. Read More
"From the Academy Award®-Winning producer of Shrek comes a hilarious animated adventure about two turkeys from opposite sides of the tracks who travel back in time in order to keep their species off the Thanksgiving menu. Featuring an all-star voice cast, including Owen Wilson, Woody Harrelson and Amy Poehler, Free Birds is loaded with laughs and stuffed with fun for the whole family!" Read Less

They Called Us Enemy

Kubo and the Two Strings