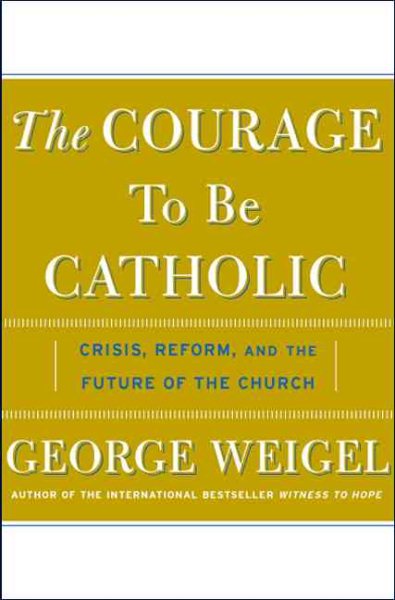 From a leading expert on American Catholic life, a bracing challenge to the Church to seize the current crisis as an opportunity to return to the core of classic Catholicism. Read More
The Catholic Church in America is in a state of crisis. Yet few understand what the crisis really is, why it happened, or how the Church must respond to it. As no other commentator or critic has done, George Weigel situates the current crisis of sexual abuse and episcopal malfeasance in the context of recent Catholic history. With honesty and critical rigor, he reveals the Church's failure to embrace the true spiritual promise of Vatican II, a failure that has resulted in the gradual but steady surrender to liberal culture that he dubs "Catholic Lite." Drawing upon his unparalleled knowledge of how the Church works, both in America and in Rome, Weigel exposes the patterns of dissent and self-deception that became entrenched in seminaries, among priests, and ultimately among the bishops who failed their flock by thinking like managers instead of apostles. But, Weigel reminds us, in the Biblical world a "crisis" is a time of great opportunity, an invitation to deeper faith. Every great crisis of the Church's past, from the Dark Ages to the Reformation, has resulted in a period of reform that returned the Church-and its priesthood-to its roots. Weigel sets forth an agenda for genuine reform that challenges seminarians, priests, bishops, and the laity to lead more integrally Catholic lives. As he argues so persuasively, the answer to the present crisis will not be found in "Catholic Lite" but in classic Catholicism: a Catholicism that has reclaimed the wisdom of the past in order to face the corruptions of the present and create a strong future. Read Less

Goodreads reviews for The Courage To Be Catholic: Crisis, Reform, And The Future Of The Church

Letters to a Young Catholic

Witness to Hope: The Biography of Pope John Paul II