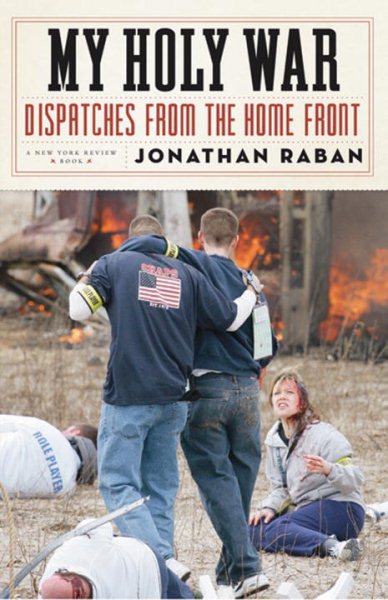 Raban (a frequent contributor to The New York Review of Books and other publications) characterizes this collection as "an irregular personal diary of the period from September 11 [2001] to the beginning of George W. Bush's second term." His essays, written from the perspective of an Englishman living in the US for the past 15 years, documents the political and cultural transformation of the US in the "war on terror," a transformation that has made the public and official face of the country appear ever more foreign both to the author and to an increasing number of Americans. Annotation ©2006 Book News, Inc., Portland, OR (booknews.com) Read More
Ranging from Seattle to Cairo, from the high seas to the US presidential campaign, Raban brings a distinctive and often unexpected perspective to the issues facing post-September 11 America.What does the "war on terror" and a new era of religious ferocity look like to an Englishman living in the Pacific Northwest? Jonathan Raban finds, as he reads the source texts that have inspired modern-day jihad, memories of his own adolescent atheism help him understand why young people suffering from cultural alienation and moral uncertainty turn to a backward-looking version of Islam to help them resist the upheavals of modernity.Raban reflects on the Bush administration's manipulation of the threat of terrorism to undermine civil rights. In diagnosing what has gone wrong in the Iraq war, he emphasizes the US failure to understand the history of the Middle East, and explains the region's shifting and complex loyalties of religion and ethnicity. He traces the continuing support for a disastrous war to the legacy of American Puritanism: the tendency of Americans to be inspired by a religious fervor oblivious to history and reason. And he explores the increasing polarization of American politics, as exemplified by the issues that he has seen divide his urban from his non urban neighbors in the Northwest. Read Less

Goodreads reviews for My Holy War: Dispatches from the Home Front

Passage to Juneau: A Sea and Its Meanings