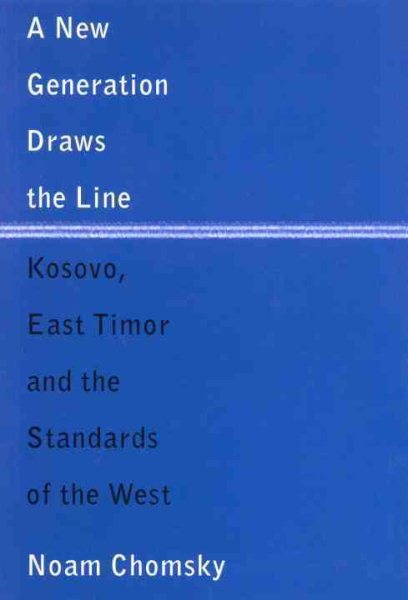 Contrasts the way Western powers including NATO dealt with the situation in Kosovo with the manner in which a similar situation in East Timor was handled, while examining the new generation of Western leadership. Read More
1999 saw two major international crises which, looked at side-by-side by Noam Chomsky, starkly illuminate the strategies of the Western powers in the new century. In this volume Chomsky convincingly argues that humanitarianism was not the moving force behind NATO's intervention in Yugoslavia, and that there, as in East Timor, strategic concerns were dominant and the fate of civilian populations incidental. Read Less

Goodreads reviews for A New Generation Draws the Line: Kosovo, East Timor and the Standards of the West