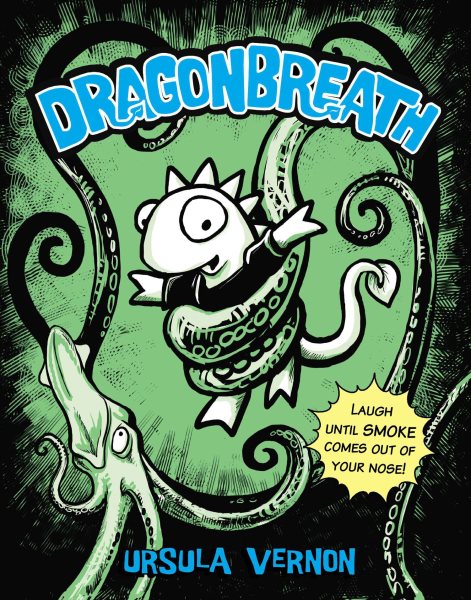 Danny Dragonbreath and his friend Wendell get an up-close underwater tour of the Sargasso Sea from Danny's sea-serpent cousin, encountering giant squid and mako sharks--and learn about standing up to bullies in the process. Read More
Danny Dragonbreath can't breathe fire, but he has no fear. And that comes in handy when a bad grade at school inspires him to enlist his cousin the sea-serpent's help with a research project. Using a hybrid of comic-book panels and text, Ursula Vernon introduces an irresistible set of characters that will have readers laughing until smoke comes out of their noses! Read Less

Dragonbreath #2: Attack of the Ninja Frogs

Revenge of the Horned Bunnies (Dragonbreath #6)