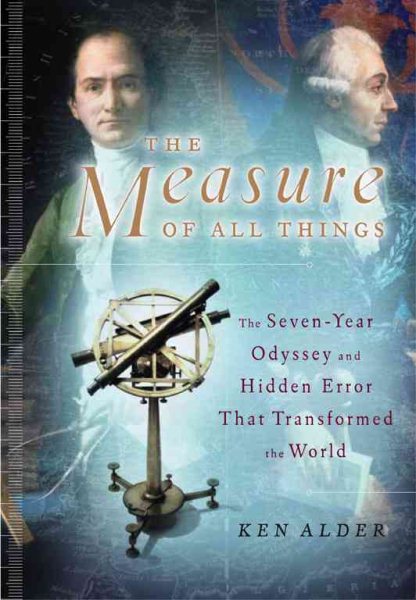 The story of the creation of the metric system in 1792 traces the endeavors of Delambre and Mâechain, the backlash of superstitious contemporaries, and the mistake that drove Mâechain to the brink of madness. Read More
Amidst the chaos of the French Revolution, two intrepid astronomers set out in opposite directions from Paris to measure the world, one voyaging north to Dunkirk, the other south to Barcelona. Their findings would help define the meter as one ten-millionth of the distance between the pole and the equator, a standard that has since swept the planet. The Measure of All Things is the astonishing story of one of history's greatest scientific quests, a mission to measure the Earth and define the meter for all nations and for all time. Read Less

Goodreads reviews for The Measure of All Things: The Seven-Year Odyssey and Hidden Error That Transformed the World

The Measure of All Things: The Seven-Year Odyssey and Hidden...