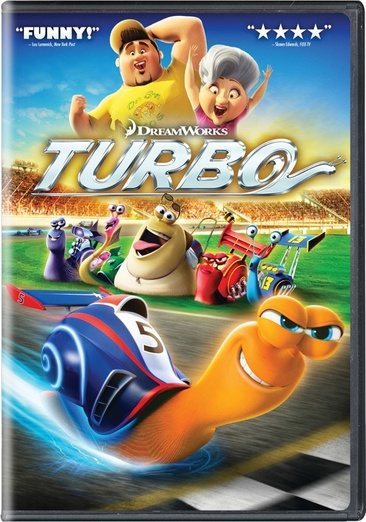 An ordinary garden snail dreams of becoming the fastest snail in the world. Read More
"From the creators of Madagascar and Kung Fu Panda comes a hilarious “fun-fueled family adventure” (Bill Bregoli, CBS Radio News) that proves no dream is too big...and no dreamer too small. When an ordinary snail named Turbo acquires the power of super-speed, his life kicks into overdrive! With the help of a struggling taco stand owner and a streetwise snail crew, Turbo will attempt to race in the Indy 500 and make all their dreams come true." Read Less