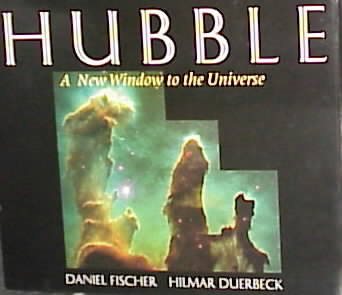 First proposed in 1946, funded and designed in the 1970s, built in the '80s, launched in 1990, and repaired in 1993, the Hubble Space Telescope has only recently begun performing as it was meant to. This volume presents the first of Hubble's dazzling and important photographs, reproduced in color and accompanied by detailed explanatory text. First published in German in 1995 by BirkSuser Verlag, Basel, Switzerland. Annotation c. by Book News, Inc., Portland, Or. Read More
At last, a book presenting the fantastic achievements of the first five years of the Hubble Space Telescope observations! While a number of books for the general public emphasise the technological accomplishments of this multi-billion dollar project or deal with the well-publicised flaw in the telescopes optics, this ground-breaking book concentrates on its astronomical success. The authors use results and spectacular images from Hubble itself to illustrate a wide range of astronomical topics, from the great questions about the universe as a whole, to quasars and black holes, and from the life and death of stars to our planetary neighbours in the solar system. The book is rounded off with an overview of the plans for the future of this fascinating telescope. The text contains a large number of spectacular images, as well as self-contained portraits of astronomers and explanations of astronomical topics and instruments. Written in a lively style, this compendium serves as a testament to the significant role the Hubble has played in astronomical accomplishment and discovery over the past five years. Read Less

Goodreads reviews for Hubble: A New Window to the Universe

Mission Jupiter: The Spectacular Journey of the Galileo Spac...

By Dickson, Paul (Edited and Compiled by)