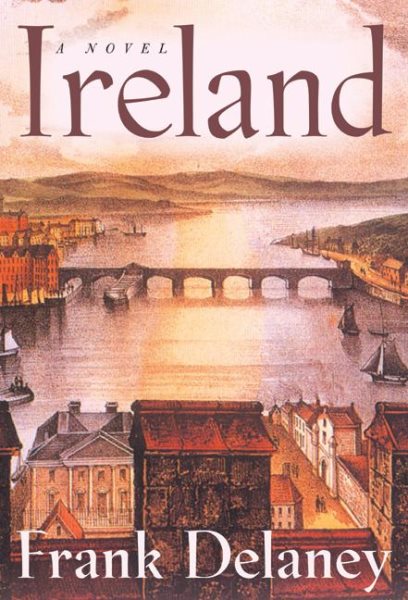 An epic tale-within-a-tale based on the history of Ireland finds a traditional wandering Storyteller revealing his life experiences while forging a poignant new relationship in the home of an eight-year-old boy. Read More
From a land famous for storytelling comes an "absolute masterpiece"* -- an epic novel of Ireland that captures the intimate, passionate texture of the Irish spirit.One wintry evening in 1951, an itinerant storyteller -- a Seanchai, the very last practitioner of a fabled tradition extending back hundreds of years -- arrives unannounced at a house in the Irish countryside. In exchange for a bed and a warm meal, he invites his hosts and some of their neighbors to join him by the fireside, and begins to tell formative stories of Ireland's history. One of his listeners, a nine-year-old boy, grows so entranced by the story-telling that, when the old man leaves abruptly under mysterious circumstances, the boy devotes himself to finding him again.Ronan's search for the Storyteller becomes both a journey of self-discovery and an immersion into the sometimes-conflicting histories of his native land. As the long-unspoken secrets of his own family begin to reveal themselves, he becomes increasingly single-minded in pursuit of the old man, who he fears may already be dead. But Ronan's personal path also leads him deeper and deeper into the history and mythology of Ireland itself, in all its drama, intrigue, and heroism.Ireland travels through the centuries, interweaving Ronan's quest for the Storyteller with a richly evocative unfolding of the great moments in Irish history, ranging from the savage grip of the Ice Age to the green andtroubled land of tourist brochures and political unrest. Along the way, we meet foolish kings and innocent monks, fabled saints and great works of art, shrewd Normanraiders, strong tribal leaders, poets, politicians, and lovers. Each illuminates the magic of Ireland and the eternal connection of its people to the land.A sweeping novel of huge ambition, Ireland is the beautifully told story of a remarkable nation. From the epic sweep of its telling to the precision of its characters -- great and small, tragic and comic -- it rings with the truth of a writer passionate about his country and in full command of his craft.* Jack Higgins Read Less

Goodreads reviews for Ireland: A Novel

James Joyce's Odyssey: a guide to the Dublin of Ulysses