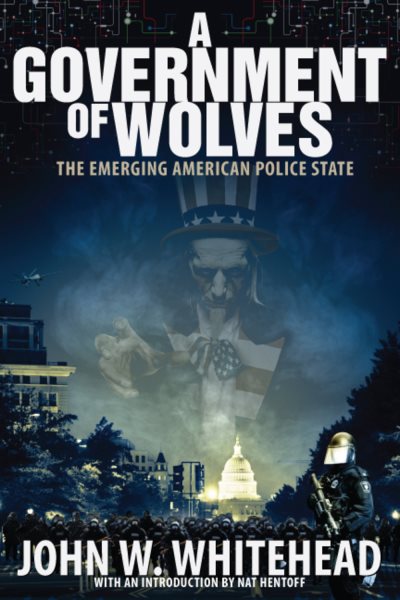 Argues that America has become a police state governed by the strong arm of the law. Read More
In A Government of Wolves: The Emerging American Police State, John W. Whitehead charts America's transition from a society governed by "we the people" to a police state governed by the strong arm of the law. In such an environment, the law becomes yet another tool to oppress the people. As a constitutional attorney of national prominence, and as president of The Rutherford Institute, an international civil liberties organization, Whitehead has been at the forefront of the fight for civil liberties in this country. The recurring theme at the heart of A Government of Wolves is that the American people are in grave danger of losing their basic freedoms. The simple fact is that the Constitution - and in particular the Bill of Rights - is being undermined on virtually every front. Indeed, everything America was founded upon is in some way being challenged. The openness and freedom that were once the hallmarks of our society are now in peril. We were once a society that valued individual liberty and privacy. But in recent years we have turned into a culture that has quietly accepted surveillance cameras, police and drug-sniffing dogs in our children's schools, national databases that track our finances and activities, sneak-and-peek searches of our homes without our knowledge or consent, and anti-terrorism laws that turn average Americans into suspects. In short, America has become a lockdown nation, and we are all in danger. A Government of Wolves not only explains these acute problems but is a call to action offering timely and practical initiatives for Americans to take charge of present course of history and stop the growing police state. But time is running out. We are at critical juncture and every citizen who values his or her personal freedom needs to pay close attention to the message in this book! Read Less

Goodreads reviews for A Government of Wolves: The Emerging American Police State

Religious Apartheid: The Separation of Religion from America...

The Change Manifesto: Join the Block by Block Movement to Re...