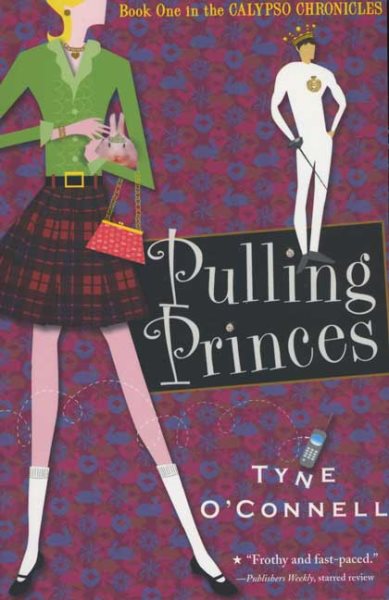 Hoping to become more popular at her English boarding school, fifteen-year-old Californian Calypso Kelly invents a fake boyfriend, until she realizes that her wit and skill at fencing may be enough to attract the attention of a real-life prince. Read More
When Calypso returns from Los Angeles to her English boarding school for the summer term, she is determined to fit in with the popular crowd. Her plan is to pretend her mother's gay assistant back home is her boyfriend. And to her surprise, the trick works...at least at first. She makes a whole batch of new friends, and even finds herself winning the unwritten contest to woo the prince at the boys' school next door. But one girl, Honey, undermines all her efforts. When Calypso and Prince Freddy end up in the tabloids and everything seems set to go down the drain, it's Calypso's parents and sense of humor that save her from utter humiliation. A fast-paced, laugh-out-loud-funny look at fitting in while still standing out... Read Less

A Royal Match (The Calypso Chronicles)